By now you no doubt have heard about how the Season 5 launch of Arrested Development has been a bit of a ‘fustercluck’ all-round.

The accusations of sexual harassment and abusive behaviour against star Jeffrey Tambor which led to his firing from Transparent, a questionable interview with the New York Times which landed Jason Bateman in particular in hot water, and now presumably trying to head off any more corrosive media troubles, Netflix have cancelled the U.K. press tour ahead of the Season 5 premiere on Tuesday. It’s all just a bit of a mess all round, tinged with the whiff of scandal concerning the key issue rocking the entertainment industry this year – inappropriate behaviour of male actors against their female co-stars, in a variety of ways. It does, however, lead to an important question we haven’t yet achieved the distance to answer.

Does the personal fall of artists compromise the art they have worked on itself?

This is a hard question to contemplate, let alone answer. It perhaps differs from case to case, person to person and project to project. When you look at Tambor in terms of his fall, particularly in the case of Arrested Development, it becomes a question of whether the poor choices made by one part of a well-loved ensemble taints the overall project itself. With Transparent it was a little different; that too is an ensemble show but in a different context and it was Tambor’s performance as Maura Pfefferman which was the standout aspect of the show, which pushed the boundaries on television of LGBT representation. The accused actions that have compromised his career also took place on Transparent, which made his position untenable. With Arrested Development, it’s perhaps slightly more complicated.

For a start, much as Tambor hasn’t been discredited for his actions on Arrested Development, revelations about his abusive behaviour toward his co-star Jessica Walter have not helped his case. Tambor has been frank subsequently, particularly in an interview with the Hollywood Reporter, about how much he regrets his actions in all cases, but for many—understandably—the damage has very much been done. The difficult subsequent interview with the New York Times ran into problems precisely because of questions about Walter’s treatment at Tambor’s hands, which means the show beyond Tambor’s fall from grace is now being directly affected. That saying about no such thing as bad publicity? Doesn’t always work, not when the issue is so powerful and troubling in the public consciousness. Arrested Development right now is in the limelight for a lot of the wrong reasons.

Will that adversely affect the perception of the new season? That’s the question.

Arrested Development already has something to prove. After the lukewarm reception to the experimental Season 4 several years ago, which fragmented the storytelling into a ‘centric’ style of narrative weaving all of the myriad comic plot lines together, series creator Mitch Hurwitz recently released a recut Season 4 (subtitled Fateful Consequences) on Netflix more in the style of the critically acclaimed first three seasons. Honestly though… it didn’t quite work. You could see the join, given how specifically divided the original fourth season plotting ended up being. Simply stitching all of these narratives back together and hoping they will comedically click like the original style of the show was an admirable goal but it sometimes hit wide of the net. By all accounts, Hurwitz is returning to the original style with Season 5, ensuring all of the principal players are back together regularly bouncing off one another, which was key to why the show was original so successful. 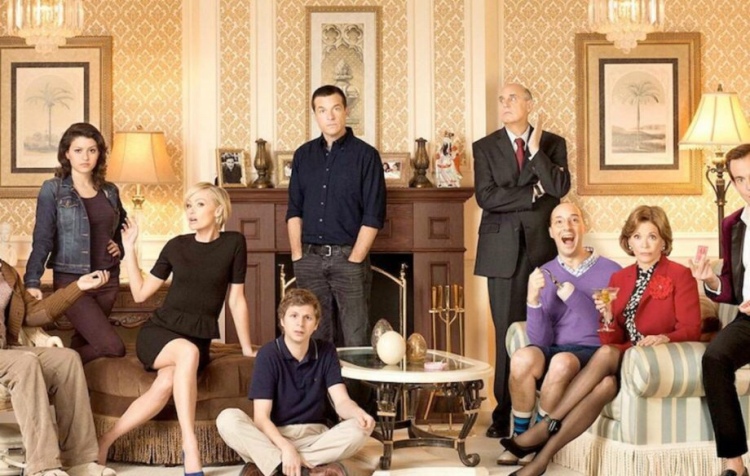 What the show has going for it, from fans and critics, is a great deal of goodwill. Arrested Development, on its day, is one of the best American comedy series ever made and people are queuing up to receive and enjoy the show in the same manner of the original network seasons, before the transition to and revival on Netflix. The show doesn’t regularly air, given how scattered and busy their cast are, so each season could conceivably be the last and therefore if Season 5 is the end, people will be hoping for a riotously funny year to see the show off.

The honest truth is now, for many, the actions of Tambor and comments by stars such as Bateman will have already soured the experience going in. Will we be able to laugh at these performers in the same way? Does their real life actions taint their art and our willingness to enjoy the delivery of jokes that otherwise would land in princely fashion?

Comedy, in particular, relies on a great deal of goodwill toward the performers involved, more even perhaps than drama. The downfall of Kevin Spacey’s career, for example, thanks to the allegations against him saw his character hastily written out of House of Cards for its final season, but Frank Underwood wasn’t exactly a likeable individual (even if Spacey’s sly performance was enjoyable). Compare that with a performer like Bill Cosby, who for years entertained millions with The Cosby Show and was considered a king of comedy (the show was even well received outside the US, it was certainly a big hit in the U.K.). If you tried to watch The Cosby Show now, could you do it? Could you separate? Would you be looking for examples of behaviour or jokes that would now seem unsavoury given the crimes he has committed in real life? Almost certainly, in many instances, the separation would be hugely difficult. 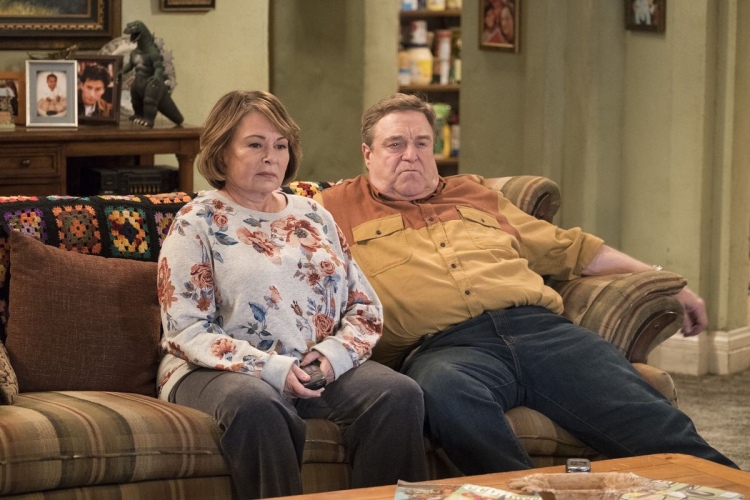 In a different context, consider the divisive reactions to the new season of Roseanne, given Roseanne Barr’s online media presence. She has been a strong supporter of Donald Trump’s presidency, immigration, the denial of climate change – all issues which are central to the identity issues rippling right now through American society and politics. Roseanne’s high ratings on ABC are being considered an example of the rise of far-right political thinking and sympathy across a cross-section of American society, but it would perhaps be naive to believe all of Roseanne’s viewing figures come only via Trump supporters.

No doubt few viewers who are now labelled ‘liberal’ by media commentators would be tuning into Roseanne’s fairly lowest denominator comedy, but she is not just espousing these views many consider regressive or abhorrent on social media, they are creeping into the writing and storytelling of Roseanne itself. Just look at the Season 1 episode which featured Roseanne suspicious of her Muslim neighbour building a bomb; this is not far off from the lazy, institutionalised racism inherent in a lot of 1970’s British comedy, such as Love Thy Neighbour. These are not choices being made by mistake.

Arrested Development is different. It is not a show which will see the actions of Jeffrey Tambor creep into the storytelling or espouse rhetoric a vast swathe of the audience will find distasteful. It is not a show where Tambor is the main star in the manner Cosby was with his show, the driving comedic force who the show lives or dies on – indeed quite honestly, if there was one performer and character (or characters) you could make Arrested Development without and it still work or be funny, it would probably be George or Oscar Bluth.

Bateman would be missed as the main protagonist of the ensemble and key narrative character, given the show is often about his attempts to escape the herd. Even someone like David Cross, who has experienced his own brushes with controversy between seasons, would be missed given his oddball character Tobias is one of the funniest characters in the show. Hurwitz has not chosen to make the new season without Tambor but nor is the show desperately reliant on him either. This might make the new season more palatable despite the recent accusations and off-screen difficulties.

The truth is, sadly, however we slice it, there is a deep and ingrained problem in entertainment which goes way beyond Jeffrey Tambor, Arrested Development or even any of the examples listed above. Art cannot exist in a vacuum separate from the artists who make it, whether on screen or off (and there have been just as many examples, if not more, of off-screen creatives making the same mistakes).

Comedy in particular is built on the admiration and good will of those writing and performing the material and if that goes away… do we have anything left?

Published by A J. Black