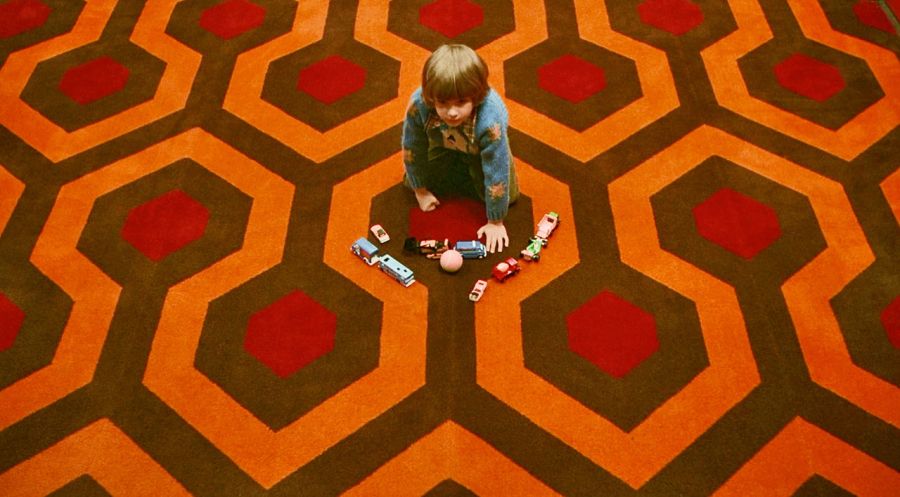 From 2012 onwards, before developing this blog, I wrote a multitude of reviews on the website Letterboxd. In this irregular series called From the Vault, I’m going to haul these earlier reviews out of mothballs and re-purpose them here.

It’s hard to conjure in the mind a movie that has created more theory, enigma and speculation than Stanley Kubrick’s 1980 masterpiece The Shining, which stands personally as one of my all-time favourite pieces of cinema, precisely because it’s so open to analysis and interpretation.

Room 237 is concerned with such analysis, Rodney Ascher’s documentary focusing as it does on the testimony of five filmmakers & researchers–Geoffrey Cocks, Bill Blakemore, Juli Kearns, John Fell Ryan & Jay Weidner–each of whom have their own specific theories about precisely what kind of hidden meanings Kubrick layered into The Shining, hidden in plain sight as it were. Ascher’s film, however, might be ostensibly about Kubrick & his puzzle box of a film but that’s truly just a prism that allows him to explore the depth of cinematic obsession, with these five unseen but oft-heard individuals espousing just how far they’ve gone down a rabbit hole of bewildering analysis.

The result is a film that both fascinates and grates in equal measure.